ZenMate is a Berlin-based VPN company that has shown significant growth since its establishment. ZenMate boasts more than 38 million registered users across all of its platforms.

ZenMate’s easy-to-use plug-in is its key differentiator. Simply one-click install this user-friendly method for safe and secure browsing in up to 30 countries worldwide. Users can access geo-restricted content, browse securely, and remain risk-free, all with a single click, swift encryption and rapid streaming. ZenMate allows users to travel invisibly through the online network by desktop, laptop or mobile device, anytime, anywhere.

ZenMate At A Glance

Best For: Those that want an easy to use VPN program that also supports multiple protocols

Per German law, ZenMate does not store any of its customers’ personal information or IP addresses, making it impossible for data to be transferred to anonymous third parties or authorities, acquired by hackers, snoopers, governments, ISPs, or any other parties with ulterior motives. If any institution wants access to your user data, they will not find anything! This of course is the opposite of most countries, which require mandatory user data retention.

ZenMate only passes data through industry-grade TSL encryption standards and routes it through their own private servers, thereby protecting customers who are browsing at home, in the office, or using public Wi-Fi. 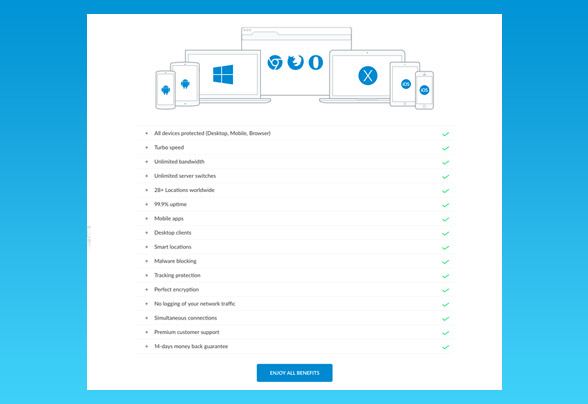 In general ZenMate is a full suite VPN with additional tools like tracking protection and ad blocking by using the ZenMate WebFirewall. Plus, there is a proxy extension for your browser that can be turned on with just one click. There is no software to download in order to begin browsing safely and securely. ZenMate’s user-friendly interface helps make connecting easier.

ZenMate works with Google Chrome, Firefox and Opera, as well as other desktop browsers that are based on the Chromium Open Source Browser Project. Any mobile devices running Android or iOS can be secured by using ZenMate.

Here's just a taste of the latest features added to the ZenMate 5:

Overall ZenMate is on par with competition in terms of processing speeds. Certain alternative factors - such as the normal speed of your internet connection and how many other customers are using the service simultaneously - will also have a major impact on overall speeds.

Several Speedtest.net tests showed that ZenMate performed well, but in some instances speed was downgraded when using the ZenMate service.

There are three different packages you can choose from when using ZenMate VPN. No matter which package you choose, users get premium customer support, servers around the world and unlimited bandwidth and server switches.

ZenMate doesn’t specifically mention torrenting in its terms of service, so it was previously suspected that the German company might block torrent traffic. Thankfully, that does not appear to be the case any more.

The company recently added a page to its Academy VPN learning zone in which it directly addresses torrenting.

While it stops short of explicitly stating that it allows torrenting, we believe that it should be enough to give users the confidence they need to safely share peer-to-peer (P2P) files with other users while connected to ZenMate—and not fear having their account terminated for doing so.

Unfortunately, at the time of writing, ZenMate does not work to unblock Netflix from its US-based service. This should come as no surprise to VPN insiders—Netflix has been on a protracted mission to clamp down on VPN providers, and the smaller networks, such as ZenMate, are most vulnerable to these efforts.

For that reason, we can’t recommend ZenMate as a good option for those wishing to use it to “Netflix and chill,” but the good news is that the servers are sufficiently fast for other multimedia platforms.

Getting ZenMate’s Windows client set up should be a walk in the park for most users.

In fact, the company promises that the entire process can be completed in less than a minute—which is exactly what we found on our test PC.

After downloading the 7-day trial file directly from the ZenMate website, we were able to install it in a couple of clicks. Connecting to a server location is just as easy and can be completed with just 3 clicks.

After selecting the country, we chose a region and within seconds had access to a VPN connection.

Even Linux users can get it on the action! ZenMate for OpenVPN can be purchased online. After buying, users simply need to configure the correct settings in their network manager and can be online (to a pre-selected location) in just one click!

Go to Geek Prank and try the online Windows XP simulator, play with the classic Minesweeper and Tetris games or listen to some music.

Like most VPN companies, ZenMate supports both iOS and Android. The 2 apps can be obtained from iTunes and the Google Play Store. The iOS app brings 1-click connections to the platform to save time while on the go—a feature also baked into the Android tool.

How Does ZenMate Compare?

Customer support at ZenMate is email-based through their website. On the whole, customer support has been shown to respond within a reasonable amount of time, generally in less than 24 hours.

There is also a very detailed FAQ page which features answers to many common questions, with no need to contact customer support directly. 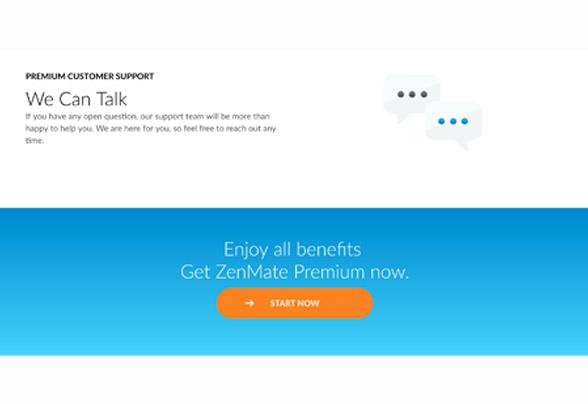 Overall, ZenMate is an easy product to work with. The ease of the one-click installation process, as well as the very user-friendly interface and accessibility to a wide variety of some of the most popular countries make this service shine. The solid streaming speed, allowing customers to stream easily from some of the most popular sites, is also a nod in their favor.

Is there a Linux app?

No, but users of Linux distributions can connect by importing OpenVPN credentials.

Which connection protocols are supported?

Where is ZenMate based?

The company is headquartered in Germany. Its development center is in Berlin.

ZenMate VPN was built with speed in mind, geared toward gaming and video streaming. With 99.9% uptime, it’s consistent, and with over 3,000 IP addresses in now 35 countries, you’re bound to find a fast server in the location of your choice. With such an affordable pricing plan and a 30-day money-back guarantee, ZenMate is worth more than a shot.