If you’re concerned about privacy and security, installing a top virtual private network (VPN) on your browser should be one of the first steps you take. It extends private networks across public networks, allowing you to encrypt and hide your IP address and data.

There is a wide selection of VPN suppliers on the market, but if you’re using Mozilla Firefox – one of the world’s top 3 web browsers – you're going to need to find a VPN that includes a Firefox plugin. Many of today’s top VPN providers include a Firefox plugin, and allow you to take advantage of their features while using the browser. 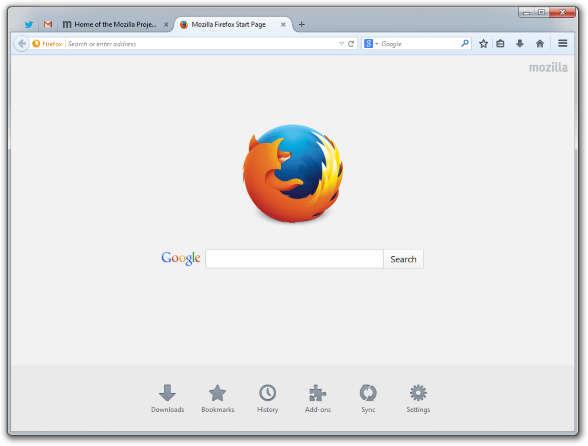 Top-notch performance, a strict no-logs privacy policy, and unbeatable customer service combine to make ExpressVPN one of the most sought-out VPNs on the market.

In addition to its solid encryption, ExpressVPN comes stacked with security features such as split tunneling, zero-knowledge DNS, and a kill switch, all of which contribute to ExpressVPN’s reputation for security. It’s also easy to use and features a fluid interface across all of its apps, as well as a Firefox extension with location spoofing that makes it as easy for the novice as it is flexible for those who want to customize their settings.

ExpressVPN promises a strict zero-logging policy with a refreshingly transparent FAQ section outlining its views toward confidentiality. Customer service is available 24/7 by live chat, completing the list of features VPN users look for in an ideal provider.= tisiV

Easy to install and great for beginners, NordVPN can work on Firefox with an easy to download Firefox add-on.

NordVPN is intuitively and beautifully designed and when you download it the entire installation happens behind the scenes without you needing to lift a finger. The VPN also boasts a one of a kind double data encryption technology that is especially helpful if you are surfing on a public WiFi connection. That said, because of the double encryption, speed can be less than some other VPNs at times.

NordVPN has a zero logging policy so no records are kept of your browsing. It also includes an automatic kill switch if your VPN drops, and can be run on 6 different connections at the same time. In addition, if ever you have any issues using the system, you can make use of the company’s 24/7 customer service.

Cyberghost steps up to the plate with “military grade encryption” touted to be the strongest on the market. The company also vows to provide the highest possible speed, as well as unlimited bandwidth and traffic and access to over 1,000 servers worldwide.

The program has very clean and attractive graphics that are easy on the eyes, as well as a simple and easy interface that shouldn’t give you any headaches.

In addition to the high grade security, Cyberghost also maintains a strict no logs policy, as well as DNS and IP leak protection. Simply put, with the easy to install and download Mozilla Firefox add on, you can make use of one of the better VPNs on the market.

PureVPN offers a number of attractive long term plans, including a 2-year plan that brings it down to only $3.25/month. Like some of the top competitors, Pure VPN has a zero logging policy for your activities, as well as what the company describes as a revolutionary stealth security protocol.Once you get the easy to install PureVPN add-on, you can use Firefox securely and privately with a tried and true VPN.

With an internet kill switch, your Firefox will be instantly and automatically shut down if ever the VPN stops working, helping make sure there are no weaknesses in your security. And if you run into any issues with the VPN, you can take advantage of the company’s 24/7 customer service live chat.

Surfshark’s Firefox add-on is yet another item in a long-list of uber-secure, user-minded features that has made this young VPN company something of a darling in the VPN world. The extensions is free to download and easy to use, and carries with it all the features included in

Surfshark’s VPN service: high-grade encryption, unlimited bandwidth, a strict no-logging policy, and a worldwide network of 800 servers for swift, interruption-free performance. Surfshark also boasts unique Camouflage and NoBorders modes that up the ante on the competition, as well as a location in the British Virgin Islands where no data retention laws exist.

Firefox is today the third most-used web browser after Chrome and Internet Explorer. If you’re using Firefox and you would like to maintain your anonymity online, access blocked and censored sites, and maintain a high-level of security on public and private servers, then you should consider paying for a subscription to one of these high-level VPN services that can accommodate Firefox.

The Top10 Antivirus staff is comprised of professionals with a vast knowledge across the world of cyber security and website services. Members of our international team have extensive first-hand online experience in the following: building and maintaining websites for small businesses; utilizing advanced security tools and strategies; developing WordPress sites; tracking industry trends using advanced analytics tools; copywriting and editing for various online and print publications.