Google Chrome is the world's most used browser. Learn how to combine the power of a VPN with this great browser.

Using a VPN simultaneously with Google Chrome, is a great way for internet browsers to protect their online data and privacy. Through Chrome, a VPN can also provide users with unrestricted access to loads of geo-restricted content from all around the world. We’ll explain how Chrome VPNs work and how to set one up, but first we'll compare and review the top 10 Chrome VPNs for you. 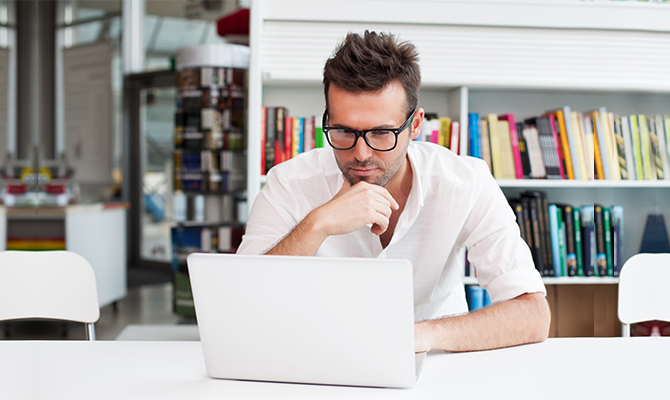 The Top VPNs for Chrome

ExpressVPN offers 24/7 live chat support, is easy to use and is great for viewing geo-restricted content as it has fast servers in 94 countries from all over the world.

Although Express offers good value for your money, it is more expensive than its competitors, but it does offer a free trial. It should be noted that you need the Express VPN desktop app installed in order to run the Express VPN browser extension.

Although it's not easy to find on the website, NordVPN offers a 3-day free trial, with several different paid plans. NordVPN doesn't offer a free Chrome extension, so it's important that you look carefully at the paid subscriptions or use the free trial before committing to a plan.

Encryption is super secure with NordVPN, with pro features including VPN into the Tor browser and double encryption. Its servers are also pretty fast, so you can also stream in high definition.

Private Internet Access has earned loyal fans amongst privacy advocates and casual VPN users. This is because it balances strong privacy policies and advanced custom options with a speedy, agile VPN that any internet user can use and benefit from. The network of more than 3,000 servers gives users ample options to connect quickly and effortlessly, and with a whopping 10 simultaneous connections allowed, families and friends can enjoy the VPN on all of their devices. Furthermore, the no-logging policy provides extra peace of mind while you surf, stream, or download bittorrents. Additionally, Private Internet Access supports OpenVPN protocols and is compatible with Windows 32- and 64-bit users.

A Hong-Kong based company, PureVPN's Chrome service offers fast service in more than 750 servers in over 141 countries, which is probably more than most providers. It also allows 5 simultaneous connections.

In terms of security, this provider supports all levels of encryption, (including OpenVPN), DDoS protection, and anonymous payment methods. It also collects information about when users connect to the service, which will concern hard-core privacy enthusiasts.

Symantec Norton is basically a household name when it comes to online security. Norton WiFi security uses that expertise on a platform that is the first-ever VPN built entirely for mobile. Download it on the Apple Store or Google Paly Store and for only $29.99 you’ll have a year of protection when using Google Chrome. The VPN has a formidable ad blocker and it is set up to automatically connect whenever it detects an insecure connection, so you never need to worry about surfing on unsafe public WiFi.

With more than 1,000 servers across the world and no bandwidth caps, UltraVPN is an attractive VPN to use with Chrome. It unblocks Netflix and allows torrenting, and has been lauded for speeds that compare to some of the heavyweight VPN providers. The no-logging policy, however, leaves something to be desired, at least for those concerned about their anonymity. Though the Windows apps are complicated to set up, Chrome apps work seamlessly. UltraVPN regularly offers discounts, as well as a 30-day guarantee for those unsatisfied.

Hotspot Shield, while limited in configuration options, offers fast download speeds and 256-bit encryption. Hotspot Shield connects you automatically to the server with the fastest connection speed. A free 7-day trial is available for those interested in learning more about Hotspot Shield's Chrome VPN. There are several paid plans which are a bit more expensive in comparison to the other solutions listed here.

ZenMate claims to have 42 million users, and if the number is accurate it’s likely due to its strong security promise. Made in Germany, where strong pro-privacy laws mean that ZenMate cannot store personal information or IP addresses, this is a VPN that should be noted for its ability to keep you anonymous. The no-logging policy complements other features, such as the use of 5 simultaneous devices, unlimited bandwidth, and an easy one-click set-up process for the Chrome extension that make it worth trying out the free 7-day trial to see if it’s right for you.

SaferVPN’s free Chrome extension gives you a free 500 MB per month of use. After that you have to subscribe, but this more recent addition to the VPN field offers some good arguments: an impressive server network, unlimited bandwidth, and a transparent no-log privacy policy. SaferVPN also offers 24/7 support by live chat and email.

Surfshark is still a newcomer to the game but it makes a compelling case for itself. Its VPN includes 800 servers across 50 countries, a no-logging policy, and simultaneous use on unlimited devices. Furthermore, Surfshark is based out of the British Virgin Islands, where data-retention laws don’t apply. Surfshark’s Chrome extension is lightweight and easy to use, with speeds that make it great for streaming on Netflix and other platforms.

The Best VPNs for Google Chrome

How Does a Chrome VPN Work?

VPNs have servers located all over the world that allow you to appear as though you are browsing the internet in another country. Though many VPNs are known to be slow and heavy, Chrome VPNs are known for their speed. They also have a reputation for being easy to set up and use. Top-notch services, such as those listed above, also have high encryption standards and trustworthy privacy policies, as well as malware protection. It’s important to note the difference between Chrome VPNs and Chrome VPN extensions, which don't necessarily offer these top-notch services. We’ll discuss the differences later on.

Setting up a Chrome VPN

Setting up a VPN is quick and simple. Here's a step-by-step guide for those who need one:

What Can You Do with a Chrome VPN?

VPNs are useful for a wide variety of internet activities. After installing a Chrome VPN, you'll be able to watch foreign TV channels, sports competitions, or other channels restricted by any geographic region. You'll also be able to browse anonymously, and ensure protection from data collection from your ISP while browsing online. That includes hackers looking for unsuspecting victims on public WiFi. If you pay for a VPN solution with strict privacy policies, you can also rest assured that your ISP isn't able to collect data about your login times and activity.

For example, this means that a Chrome extension may help you overcome some geo-restricted content through your browser, but it will leave your apps, games, and any other activity on your device unprotected. Contrast this to a VPN, which essentially works from the foundation up and encrypts all the traffic no matter where it moves through.

The main advantage of extensions is that they are almost always free, while VPNs are paid subscription services.

What You Need to Know About Free VPN Services

Free services are also slower than paid ones, since they share space with other free users, whereas paid services reinvest that money into more servers and higher bandwidth. Free providers often skimp on service, are filled with ads, and their servers may be down occasionally.

Most browsers these days offer an additional privacy mode that goes by different names: Incognito Mode in Chrome, Private Browsing in Firefox, Private Window in Safari. While incognito mode will keep the pages you’ve visited hidden from your search history and cookies, it does very little to secure your activity from larger tracking parties such as your internet provider or governmental agencies.

According to an interview in The Independent with a developer for Chrome, this is the reason they opted to call it incognito mode rather than the misleading “privacy mode.” Using incognito mode does not make you invisible to your internet provider or other prying eyes. Incognito mode does serve a purpose, albeit a more localized one: it’s helpful in keeping your activity hidden from others who use your computer. But it does little to make you anonymous the way a VPN does. Anyone who wishes to keep their identity hidden across the board should not rely on Chrome’s incognito mode, but instead should invest in a VPN as it’s the best full-proof way to hide yourself from prying eyes both on a small and large scale.

Get Started With a Google Chrome VPN

There are many Chrome VPNs on the market offering fast connections, iron-clad security and reliable privacy policies. We've reviewed the top VPNs here in order for you to make the best choice depending on your needs. Remember that there are differences in the speed, security and reliability of their privacy policies. If you’re concerned with your privacy, understand the differences in security that different solutions offer, and the price you pay for better protection. Regardless of the VPN provider you ultimately choose, this guide will help you choose the best one for your needs.