Unblock Sporting Events With a VPN

You’ve got your team, the rivalries and the games that make you think of home, family, and those legendary victories that will live on after we’re all gone. The problem is, it can be hard to follow all the action if you’re not in the right city or region. If you’re overseas, the local broadcaster may not carry the games—if they’ve even heard of say, college football to begin with.

The struggle is real - but these days you’ve got a trick up your sleeve that can bring just about any sports broadcast into your living room, no matter where you are.

A Virtual Private Network (VPN) is a tool that hides your computer’s IP and allows you to hook up to servers in locations across the world, so you can access content that is blocked in your country.

A VPN can protect you from eavesdropping and most people may be familiar with the technology because of the way it’s been used to help dissidents stay a step or 2 ahead of the authorities in non-democratic countries. In such countries a VPN also allows people to access websites that are blocked by the authorities, giving them a window to the outside world and a way to communicate with each other without leaving digital footprints.

When it comes to sports broadcasting, licenses are typically sold and secured on a country by country basis, so if you're not located in a certain country, you probably won't be able to access the local streaming service. This is where a VPN comes in.

If for instance, the BBC has an exclusive contract to broadcast a specific sport or team in the UK, that license probably won’t extend to other countries. Instead, you can use your VPN to change your computer’s IP to a UK-based server, and stream the content as if you were in jolly old England.

Why Use a VPN to Watch Sports

VPNs can allow you to run several different connections at the same time. So if for instance its college bowl season, or the Olympics, or just any given Sunday, you can show one game on your PC and different ones on your other mobile devices. Not only does this mean you can keep up with all the action, but it also allows you to watch on the move, no matter where you are.

By masking your IP, VPNs help you secure your connection and protect yourself from a data breach or other online threats. Many services also will automatically block dangerous websites. If you’re streaming sports online, this can help keep you safe.

The Content is Blocked or Unavailable in Your Country

This would be the main benefit and/or reason to use a VPN to watch sports. Simply put, many sports broadcasts are only available in certain areas, and with a VPN you can access them no matter where you are. 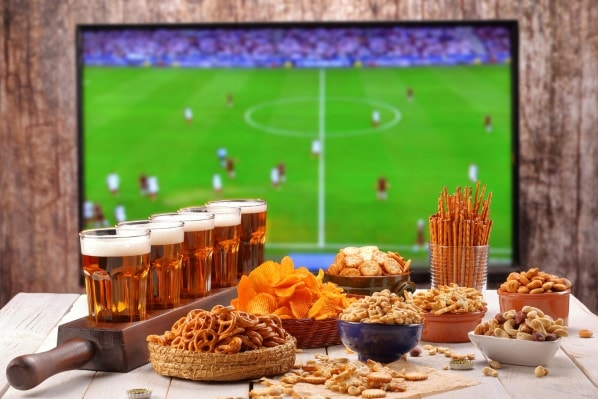 How to Watch Sports with a VPN

VPNs are designed to be easy to use. If you want to watch a sporting event using your VPN, first find a VPN provider that has the features and price you’re looking for. Make sure to also read some online reviews to get an idea of the quality and versatility of the product first.

Once you've found the VPN you prefer, sign up and install it on your computer and/or mobile device. This should have you up in running in a few minutes at most. Once you're there, search around online and find where the game you want to watch is being streamed for free. Then use your VPN and search for a server in the country where the game is being broadcast, and connect with it. Then go online and start streaming from the site that’s showing the game.

It’s really about as straightforward as can be.

Now that you know what a VPN is and how it can be used to watch sports, take a look at some of our top VPN Services and get connected.