YouTube gets blocked by a lot of countries for a lot of reasons, including government censorship and explicit content. As a result, VPN services have had to work extra hard to overcome the various restrictions put on viewers because of copyright laws, ethical standards, and even national security. If you're an average person looking for some good content though, these restrictions are just bothersome, which is why VPNs for YouTube are such a relief. You can easily access and stream all of the content that's available on YouTube without any geo-restrictions or IP address limitations.

The VPN effectively cloaks your IP address, so YouTube doesn't know where you're streaming from. This way, no restrictions are placed on your viewing enjoyment.

YouTube is one of the simplest sites to unblock using a VPN—It's just a matter of setting up your service. Here's how it works:

That’s it. You’ll never have to see that annoying censorship screen again! 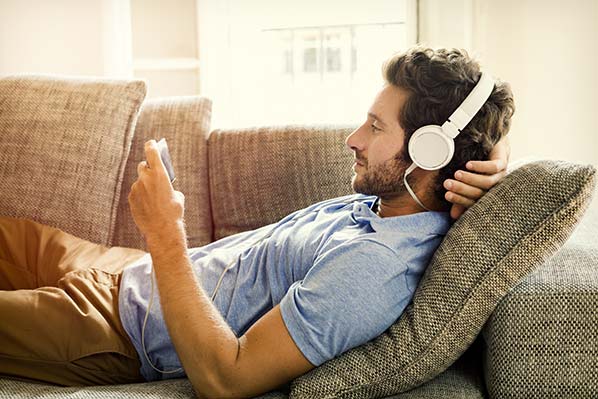 YouTube has had an on-off relationship with censorship across the world. Some countries have banned the popular video site for inappropriate content, while others have chosen to restrict YouTube for political reasons. Regardless of why, viewers from all over the globe have been limited in their YouTube viewing, forcing travelers and citizens to find a functional workaround. Some of the countries that have banned and/or are currently banning YouTube include:

If you are living in or visiting one of these countries, you’ll be happy to learn that the VPN providers listed above work to unblock YouTube in all of these locations.

Like everything in life, some VPN brands work better than others for various purposes. So, which VPNs work best for YouTube unblocking? Here's a list of some of the best VPNs to use when trying to unblock YouTube:

ExpressVPN combines ease-of-use with advanced features, providing a top-notch VPN service that includes the best of both worlds. Streamers benefit from the built-in speed test tool that can direct you to the quickest server in any desired area, as well as from unlimited bandwidth that will cut down on lags and have you streaming happily without interruptions.

And while speed is critical for a good streaming VPN, that’s not all VPN offers. The privacy policy explicitly states that there is zero logging or sharing of information, an important feature this day in age. Express VPN’s 24/7 live customer service is also one of the best in the field. Beyond that, the VPN offers solid military-grade encryption, split-tunneling, and a large server network. Simply put, YouTube and other video platforms should provide little obstacles for this dependable VPN.

NordVPN​ has some impressive stats when it comes to technology. For example, it supports IKEv2 for manual configuration and generates Phase 1 keys for AES-256-GCM encryption for stronger security. What this translates to is higher security and more privacy for its members.

NordVPN is also extremely pleasant to run. It has a smooth interface that makes navigating the app simple, and the settings are self-explanatory. You can also get a Firefox plug in, so your internet activity is secure, while everything else is left alone. It makes file transfers and other actions faster and easier. On top of it all, NordVPN has competitive pricing, and you can try out the service for 30 days with a complete money back guarantee.

CyberGhost is a torrent-friendly VPN service with above average speeds and servers spread across dozenstens of countries. Additionally, members will get some attractive features such as an ad blocker, malware detection, and trackers along with its own variety of kill switch known as App Protection. CyberGhost also has fast customer support, a big plus when trying to get your streaming sites to work.

The typical CyberGhost subscription is a little pricey at $12 per month, but it becomes significantly more reasonable once you sign up for longer-term plans. For example, the 3-year service is only $2.75 per month, much more reasonable and a competitive rate for the market.

Hotspot Shield is an impressive VPN that many people use for unblocking YouTube. You’ll get access to more than 2,000 servers worldwide, enough to satisfy even the most persnickety IP address snoops. You can get proxy extensions for use directly on Chrome or Firefox, and Hotspot Shield is usable on any Android, iOS, Windows, or MacOS devices. What’s more, the service is fast, super fast. This is mainly due to its proprietary Hydra Protocol, a service that uses TLS and OpenSSL for faster, more secure connections.

Hotspot Shield is also extremely user-friendly. There are no complicated menus to deal with, and the user interface is clean and uncluttered. You just click on and off when you want to turn your VPN on/off. Switch locations via a drop-down menu and see how long you've been running your VPN with the on-screen counter.

PureVPN​ blows the competition clear out of the water when it comes to speed. If you want super fast connections and streaming, it’s PureVPN hands down. It has won the PCMag.com Editor’s Choice award for fastest VPN site 2 years in a row for consistently scoring high on speed tests; you can’t argue with numbers like that.

In addition to speed, PureVPN offers viewers a range of servers. PureVPN has close to 800 servers worldwide, so you are still getting plenty of options. Furthermore, this service has a wider reach with servers covering close to 150 different countries. All of this comes for a low monthly fee (that’s even lower if you sign up for long-term plans)

It's time for governments to stop censoring your content. Take control of your own viewing rights with a smart YouTube VPN, and never be geo-blocked again.