Choose the Best VPNs for the UK

Whether you live in the UK or you’re just passing through for a short period of time, there are many reasons to use a VPN to access the internet there. Many Brits don’t realize it, but the government has the power to snoop on all their browsing activity. And what’s more, some of the world’s most popular websites and streaming services still restrict content to the UK to this very day. With a VPN, or virtual private network, you can get around both these problems and view whatever content you want without your internet service provider (ISP) or the British government knowing.

Update on the UK’s Snooping Powers

At the end of 2016, the UK began implementing the Investigatory Powers Act, or “Snoopers’ Charter,” which gave the British authorities some of the strongest surveillance powers of any democracy. Among other things, the law requires communication service providers –

including ISPs and phone companies – to retain British internet users’ browsing records for 1 year. This data includes the records of every website user’s visit. The British Court of Appeal ruled earlier this year that a previous, stronger surveillance law was illegal. However, no ruling has been made on the Snoopers’ Charter currently in effect, and therefore the only protection for British internet users is to use a VPN. 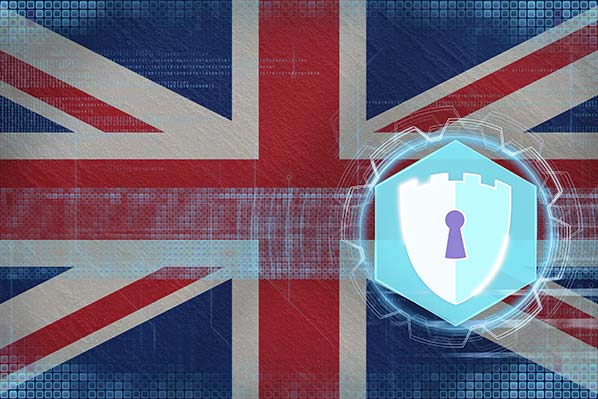 How to Choose the Best UK VPN?

One of the main things to look out for when choosing a VPN provider is that it offers the right protections for UK-based users. The VPN provider should:

Which Sites are Blocked in the UK?

The UK blocks most, if not all, of the well-known file-sharing, torrenting and streaming websites. These include The Pirate Bay, Movie2k, EZTV, FilesTube, Putlocker.

In addition, many websites and streaming services restrict what you can view from the UK. For example, Netflix is very popular in the UK, but due to various licensing agreements it doesn’t allow UK-based viewers to watch everything that its US-based viewers can see. With a VPN, you can connect to a US server from the UK, and Netflix will treat you as if you were viewing from Los Angeles or New Orleans and not from London or Edinburgh.

Is it Legal to Use a VPN in the UK?

The simple answer is: yes, VPNs are completely legal in the UK. To date, only autocratic states such as China, Russia, Iran and Belarus have attempted to ban VPNs, but even they are finding this difficult to implement. While there has been some speculation the UK will attempt a VPN ban in future, there is no evidence to suggest the British government will actually attempt such a move.

Which VPNs to Avoid in the UK

As in any country, it’s best to stick to the best and most reputable VPNs. While it’s tempting to save money and use a free VPN service, this is only really suitable if you’re planning to be in the UK for a couple of days and just want a free service to get around geolocation restrictions on Netflix, YouTube or other streaming sites. Overall, free services are usually slower and less reliable and give you limited bandwidth, whereas the top paid VPN services – such as ExpressVPN and NordVPN give you reliability.

How to Test a UK VPN

To test your new UK VPN, simply log on to your chosen VPN provider from wherever you are in the UK, then connect to a server in your chosen country (it could be the UK or elsewhere – the choice is yours) and begin browsing. Most of the top VPN services offer a 7-day trial or 30-day money-back guarantee to try them out.
One thing to be aware of when using a VPN is the small potential for leaks. WebRTC is a free, open project that provides browsers and mobile applications with Real-Time Communications capabilities, but it can open you up to having your real IP address leaked. All the best VPN providers have tools in place to prevent this happening. For peace of mind, you can check for yourself with the likes of whatismyipaddress.com or whatismyip.com.

The Best VPNs for the UK

Hotspot Shield claims to have the world’s fastest VPN technology, and users can find out for themselves thanks to a 45-day money-back guarantee. It has more than 1,000 servers in more than 20 countries and with unlimited bandwidth. It is also strong on security, promising no-logging, and total activity encryption to protect you from your ISP and other traceable entities.

NordVPN  is another ideal UK VPN option, with more than 3,600 servers in 61 countries and unlimited bandwidth on all of them. It is also big on privacy security, promising double encryption (essentially offering funnelling through 2 VPNs), a CyberSec tool to automatically block suspicious malware, and of course zero logging.

ZenMate​ promises super-quick connections, ensuring that you can browse the internet at high speed from the comfort of wherever you are in the UK. It is one of the strongest VPN providers from a security perspective, given that it is based in Germany where companies are forbidden from storing customers’ personal information and IP addresses. It has servers in more than 30 countries, including the US, Canada, and most of Europe.

Avast’s VPN service is one for people who are very security conscious, given that it is brought to you by the same people who produced the popular Avast Antivirus software. It has fewer servers than its competitors, but it makes up for this by offering lower subscription prices and superfast speeds with no bandwidth limits.

Using a VPN is a good idea everywhere in the world, as it gives you the freedom to browse without restrictions from content providers and ISPs and without fear of someone snooping on your browsing history. In the UK it is doubly important as the government has enshrined in law its right to view your activity. As long as VPNs are accessible from the UK (and nowadays, they most certainly are) – using one gives you all the protection you need.