The Best VPNs for Telegram

More than 200 million people around the world use Telegram regularly to send private, secure, and encrypted messages through their smartphones, tablets, or computers. Because of its strong security credentials, some authoritarian governments have viewed Telegram to be a threat and have ordered it blocked in their countries. Fortunately, there is a way around such restrictions: you guessed it, a virtual private network, or VPN 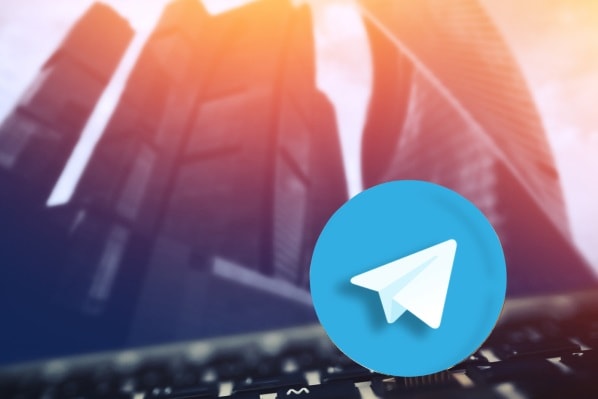 The Best VPNs for Unblocking Telegram 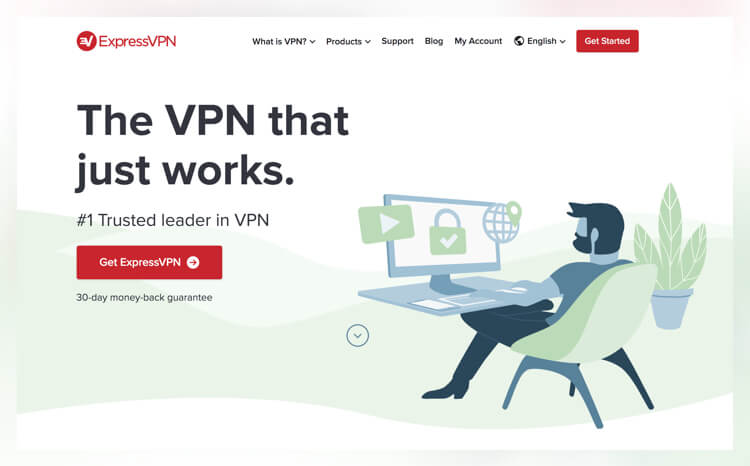 ExpressVPN is a superb option for Telegram users, with more than 2,000 servers worldwide. It offers clients for iOS, Android, Windows, Mac, and Linux, covering the full range of operating systems that Telegram can be used with. It has strong security credentials, running on the OpenVPN security protocol and guaranteeing 99.99% uptime. 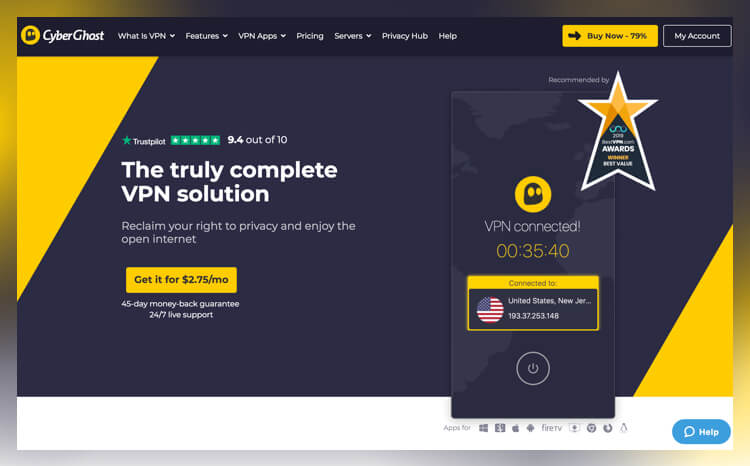 CyberGhost provides a VPN for all Telegram-compatible operating systems and devices. Users can access everything with handy one-click settings. For example, press “Surf Anonymously” to start your VPN session from the fastest server possible. Press “Choose my VPN Server” if you wish to choose your own server from the well over 1,000 servers available. 15 million users around the world trust CyberGhost for its strong and secure VPN. 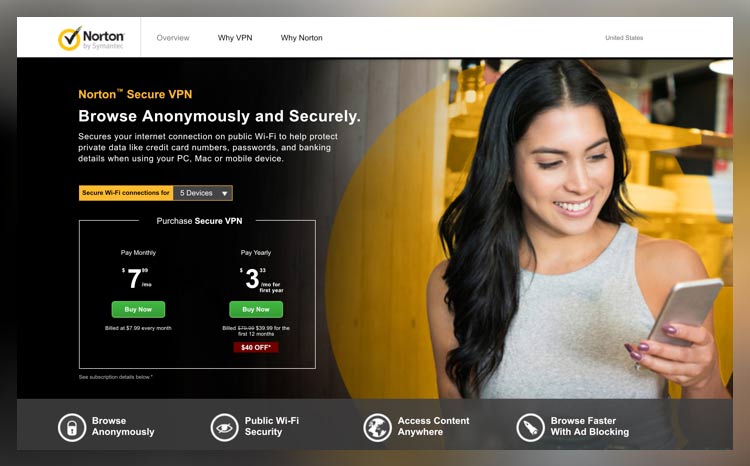 Norton is a common household name when it comes to online security, but the company is far from being a one-trick pony. Norton has expanded its offerings in several directions, and the addition of a stand-alone VPN product is one of its latest offerings. As with everything it does, Norton’s VPN is impressive, providing some seriously strong security features, including secure browsing on mobile and desktop devices, ad-blocking and tracking-blocker, IP cloaking, real-time threat protection, dark web monitoring, and password manager. What’s more, Norton delivers fast speeds for downloading and uploading and even unblocks Netflix US accounts. 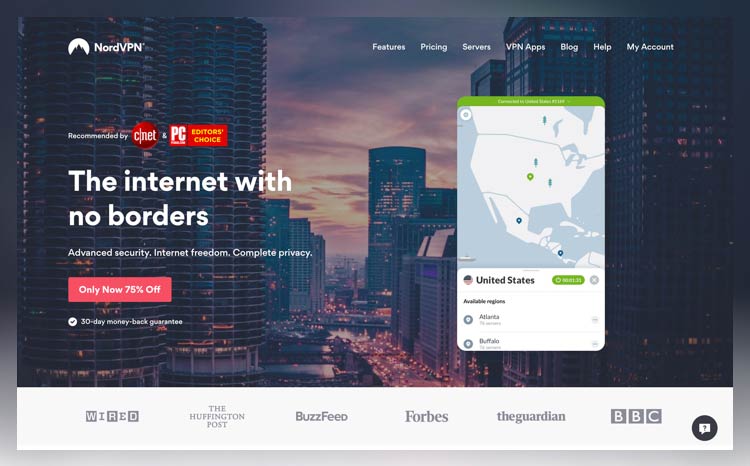 NordVPN is another popular VPN for Telegram. Subscribers can use their account to run NordVPN simultaneously across up to 6 devices, which is great for people who want to sync their Telegram messages across their desktop, phone, and tablet. It offers all the tight security features that can be expected of a top VPN service provider, including a zero-logging policy. 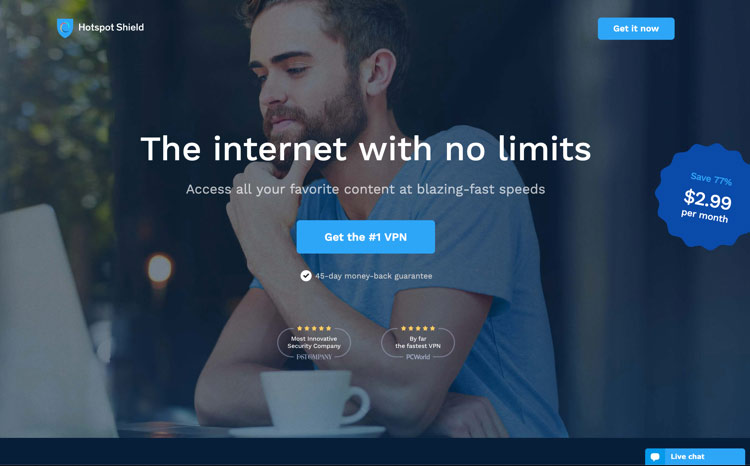 Hotspot Shield has been around since 2005 and has built its secure VPN services from the ground up. With its own home-grown protocol, Hydra, Hotspot Shield is able to give customers lightning fast speeds for both streaming and downloading. And this service unblocks geo-restricted content including Netflix accounts. Hotspot Shield is also incredibly easy to use, with a sleek user-interface and intuitive design. With 5 device connections, browser extensions, and great security features like automatic kill switch, Hotspot Shield has earned its place on the top 10 list of best VPNs. 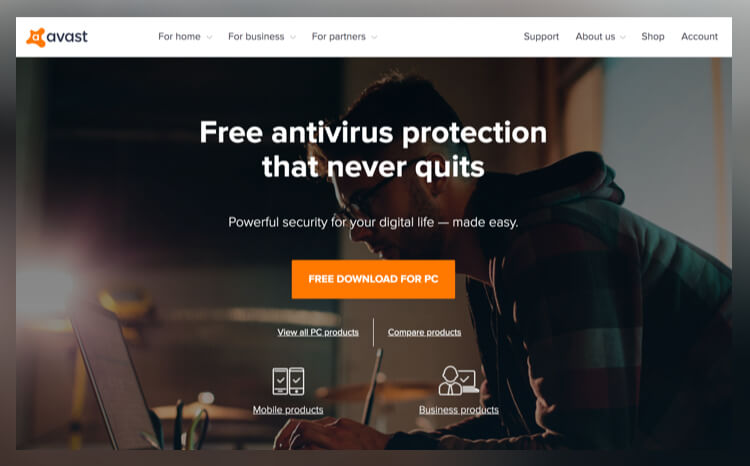 Avast VPN comes from the same people as Avast Antivirus, which speaks to its strong security credentials. It offers a smaller number of servers than its competitors, but most of these servers are in countries where Telegram is available (including 16 in the United States) and all are backed by its highest security. Avast allows users to access Telegram from up to 5 devices simultaneously with 1 account. 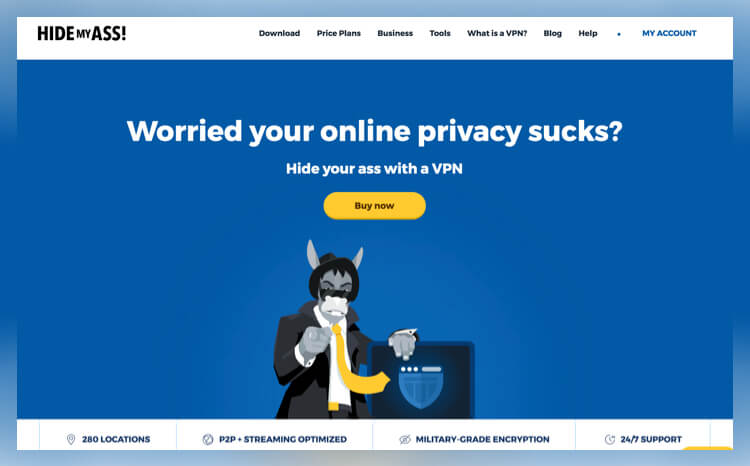 HideMyAss is another VPN service owned by Avast, one of the world’s leading online security companies. It has the largest number of server locations available on the market: with 191 countries on offer, you’d still be able to access Telegram even if almost every country bans it! 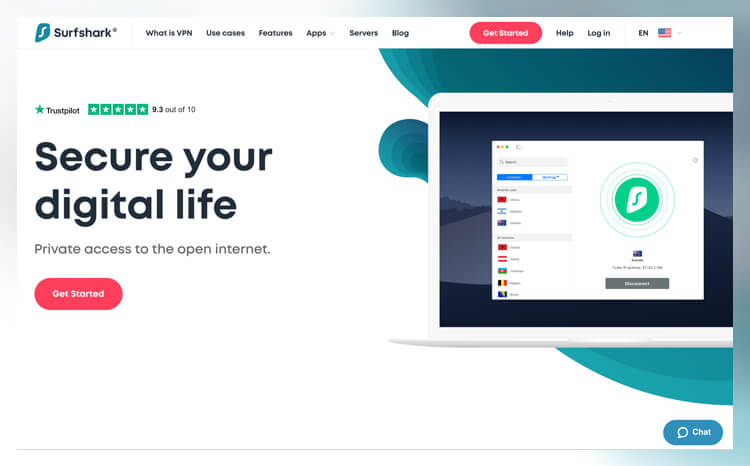 Surfshark is a relatively new name in the VPN world, but it’s making big waves. For one thing, Surfshark lets you connect an unlimited amount of devices. Plus, you can use your VPN on just about any device including iOS, Android, PC, Mac, Linux, FireTV, and more. There’s even a Chrome and Firefox extension for easier connection. Surfshark also has a full set of internet security features to keep you safe whether you’re surfing the web, watching a show, or shopping online. Things like ad and tracking blockers, anti-malware and anti-phishing guards, and whitelister are all included in your VPN subscription. 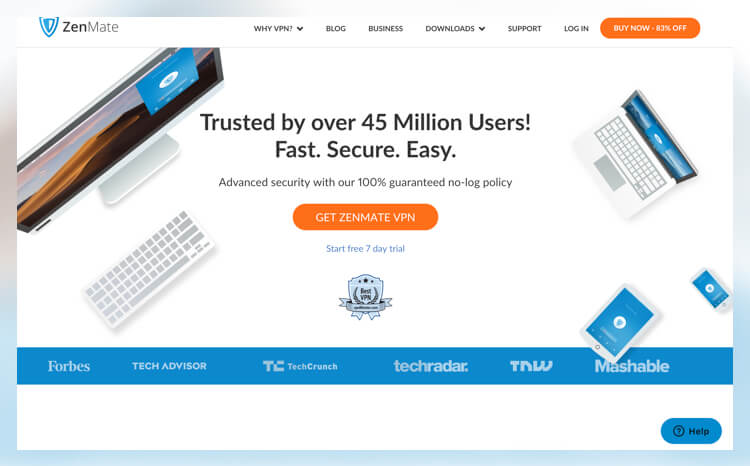 ZenMate is a smaller name in the VPN industry, but it packs a pretty powerful punch for a lesser known brand. For one thing, it covers every device you could imagine, including iOS, Android, Mac, PC, Linux, and routers. You can even get a browser extension for Firefox, Chrome, and Opera. What’s more, ZenMate has got to be one of the easiest VPNs you'll ever use. You can click a single button, and your entire security system is up and running instantly. You can protect up to 5 devices with a single ZenMate account too. Get super fast speeds and join more than 40 million other users who are loving this product. 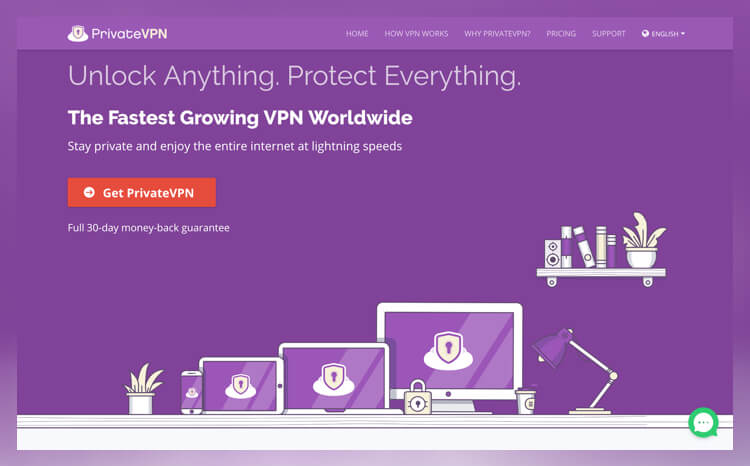 PrivateVPN offers users some serious security features like 2048-bit encryption with AES-256, IPv6 leak protection, and automatic kill switch built-in. Plus, you can cover all your devices from Mac to PC, Android, iOS, Linux, and router devices. PrivateVPN also makes life easier for users by covering a huge range of protocols, torrenting-friendly servers, and unlimited bandwidth and speed. The service really delivers the ultimate in customer support, though, by providing free remote help and installation. Connect up to 6 devices at one time and enjoy a solid, no traffic logging policy, thanks to this Sweden-based VPN service.

What is VPN for Telegram?

VPN​s offer users security and anonymity, providing an encrypted connection between the user’s device and the internet and concealing their real IP address. VPNs also allow you to bypass geographic restrictions by logging on from a remote server in a different location from the one where the user is physically located. This makes VPNs perfect for using Telegram in restricted countries. In Russia and want to use Telegram? Simply log on to a VPN server in any country where Telegram isn’t blocked (such as the US) and start messaging.

Why it's Important to Have VPN for Telegram

While VPNs are celebrated for giving us access to otherwise restricted parts of the internet, they’re equally as important for preserving the access we already have. This is becoming increasingly apparent in light of bans issued by authoritative governments who have blocked access to apps—often without notice—leaving users suddenly cut off from platforms such as Telegram, which they’ve come to rely on for everything from messaging to news updates and business transactions.

The best example of this is Russia’s ban on Telegram, which occurred virtually overnight and left millions of users without access to a primary mode of communication. More than an inconvenience, this led to widespread problems for users who lost access to conversations, contacts, business interactions, and any other actions they’d performed on the app. Anyone in Russia without a VPN had to scramble to install one in order to regain access to Telegram and all they’d stored on it.

Since the Russia ban, Telegram has been blocked in several other countries (more on this below). It may be easy for those of us in democratic countries to take our own internet freedoms for granted. But the Russia ban, and the magnitude of problems it caused in its wake, is a good example of why we should view VPNs not only as a means of connecting us, but also of keeping us connected to what we’ve become accustomed to.

How to Use a VPN to Unblock Telegram

A VPN can be used on all the same devices and operating systems that Telegram can be used, namely: Android, iOS​, and Windows for smartphones and tablets; and PC, Mac, MacOS, and Linux for desktop. This makes Telegram accessible virtually anywhere—while at home, traveling, in the office, or anywhere else—and it also makes VPN for Telegram a viable option for any device or in any location.

Using a VPN to unblock Telegram requires 2 steps: the first is logging on to a remote VPN server; the second is accessing Telegram.

Once you’ve logged into your remote server, you’re free to log in to Telegram and start messaging your friends.

Where is Telegram Blocked?

Telegram is blocked in many of the usual countries that tend to block online communications services that don’t bow to their authoritarian laws. As of the time of writing, this included the following countries:

At time of writing, Telegram was still available in Turkey, Azerbaijan and a handful of other countries that routinely block access to communications and social media services like YouTube and Facebook. The problem with the countries that tend to block access to certain internet sites is that they often do so with very little notice. Therefore, the only way to prevent a situation in which you’re suddenly blocked from Telegram is to have a VPN account ready.

Is Telegram as Secure as It's Hyped up to Be?

Despite the ongoing debate over Telegram’s and WhatsApp’s security credentials, the truth is that no messaging app is 100% secure. Various analyses have shown that Telegram is not immune to security vulnerabilities. Moreover, some users may not be aware that certain Telegram settings aren’t switched on automatically; for example, users must go into the settings and enable secret chat if they wish to add extra encryption to sensitive messages.