The Best VPNs for Russia 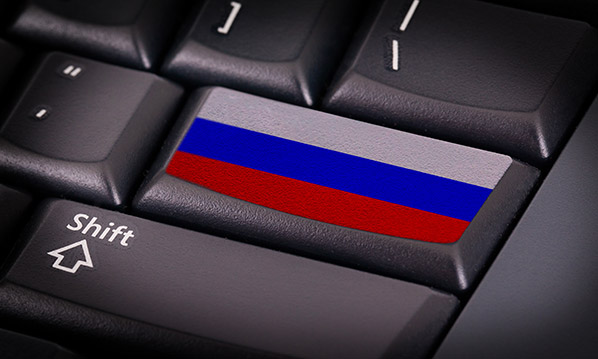 Putin has struck again with an updated VPN ban meant to increase the already tight censorship laws regulating Russian viewing and streaming. Many Russian citizens and organizations rely on VPNs​ to provide adequate anonymity so they can voice their political opinions freely without fear of repercussions. With a tighter ban on VPN usage, people fear that their right to be heard as well as their ability to access information contrary to what the government espouses will be removed.

The latest updates are honing in on non-compliant VPN services as well as TOR providers in particular.

What are the Best VPNs for Russia?

So, how do you find a good VPN for Russia? Whether you are visiting for business, on vacation, or some other reason, you’ll need a reliable VPN provider if you want to access the websites you are used to visiting without a thought. There are some VPNs that will give you another IP address (outside of Russia), so geo-restrictions don’t apply. These will, however, still channel the content through the Russian filters.

Of course, a VPN that simply opens up your content to that which the Russian government deems appropriate still isn’t giving you the free-range access you are looking for. That’s why you need to choose a top-rated VPN that will not only hide your location and identity but will open up all filters and circumvent the bans put on by the Russian government. Here are a few great choices that will deliver on this promise:

ExpressVPN delivers some of the most robust and resilient VPN services in the industry. If you are looking for reliable service, strong privacy policies, and impressively fast streaming and download speeds, ExpressVPN is the service for you. Based out of the Virgin Islands, ExpressVPN provides over 2,000 servers around the world, making it one of the simplest services to use almost anywhere and for anything. This service also makes it extremely clear that it collects absolutely no logs, neither connection, browsing history, or data content, for total anonymity.

NordVPN is well-liked in the VPN business particularly for Russia-bound viewers because it has a healthy dose of security and strong privacy settings to keep you as anonymous as possible. You’ll enjoy things like a double VPN, kill switch, 256-bit encryption, and no logging policies that make this service an obvious choice for streaming and surfing unsolicited. NordVPN also supports OpenVPN, PPTP, SSTP, L2TP/IPSec, and P2P. Additionally, it has consistently outperformed the competition in speed tests time and time again.

CyberGhost is a newer name in the VPN industry, but that doesn’t make it any less good at what it does. Its 1,300 servers are spread across 60+ countries, there is an automatic feature that requires all requests to run through the DNS servers, and what’s more, CyberGhost has unusually good customer service (a rarity for the industry). You’ll also appreciate the anti-malware and no tracking features that come with this service, as many of the streaming sites you want to access are littered with ads and unwanted pop-ups.

ZenMate is a little service with a lot to offer. Just having a 7-day free trial tells you much about the company’s confidence in its product. ZenMate also has a free version, though if you want to get the full extent of the service, you should go for a paid version. Users can take advantage of Chrome and Firefox extensions as well as an add-on for Opera, apps compatible with Android, iOS, Mac, and Windows, NAT firewalls, and malware blocking. Add an easy set-up process and zero logging policy to round off ZenMate’s offer nicely.

Avast ticks off a lot of the check boxes you’d like to see in a VPN service. It starts off strong with a stellar reputation in the industry and has been around for a long time. Moving forward, customers will appreciate the free 7-day trial. This is not only a full-service trial, but it is sans any of those annoying ads you usually find in a free version. What’s more, Avast VPN has some delightfully fast speeds, so streaming and surfing won’t be a chore you dread. Finally, this service runs quietly in the background of your computer (like other Avast products), so you won’t even realize it’s there. You’ll just be able to enjoy uninterrupted and uncensored content whenever and wherever you want.

How to choose the best VPN for Russia

Knowing which are the features to look for is half the battle of finding a good VPN for Russia. When browsing the options, be sure to get these all-important features

How fast a service lets you stream, download, and surf the internet will make a huge difference to the quality of your internet experience. Nobody wants to sit there for hours waiting for a single TV show to buffer. Fast speeds means a good VPN experience

The amount of servers a VPN provider has will directly affect the speed with which you can work. So, more servers are better all the time. Additionally, the more locations in which a provider has servers, the more widespread your availability becomes. For example, if the content is geo-restricted to the UK, having servers in Bangladesh won’t help you. Look for a VPN that has servers in all the major cities.

What kind of privacy policies does this service have? Does it keep logs? Disclose your IP data? Record activity sessions? Any of these would be an invasion of your privacy and an immediate reason to say no to a VPN provider. Find yourself a service that takes your privacy and anonymity seriously, ensuring a no-logging and no tracking policy as well.

Why it’s important to have VPN for Russia

Many of us see VPNs as a solution for streaming Netflix and catching our favorite entertainment while abroad. But for others, notably those living under authoritative governments, VPNs are a matter of much greater importance.

This has become painfully evident in Russia, where government bans have stifled citizens’ access to news and their ability to hold free and open dialogue. In 2018, for instance, the Russian government placed a nationwide ban on the popular communication app Telegram. Millions of citizens who used the app to share news, collaborate on work, and communicate with friends and family were suddenly blocked from accessing the app and all their stored information. Protests erupted and the story made international headlines, but Telegram users without VPNs were left suddenly in the dark and cut off from their contacts, conversations, and whatever content they’d stored.

The Telegram ban may be the most recent of this type of event, but it’s not the only one. In 2015 the Russian government blocked numerous Wikipedia articles, and since then efforts have been made to further crack down on sites and technology that the government deems unagreeable. Having a VPN in Russia is a good way to maintain your access to information in the face of government bans that aim to limit citizen access to the internet.

What sites/content is blocked in Russia?

With the passing of the new law, there is going to be a lot more censorship and blacklisting going on around Russia than in previous years. Many services have already agreed to keep logs and identify users with a real name/identity. Additionally, there will be a lot more content blocked in the coming years including:

Anything else the Russian government deems inappropriate content for public viewing (for whatever reason political, financial, or otherwise.

How to test a VPN for Russia

Using a VPN, you can unblock any content even while sitting in the heart of Russia. The process is quick and easy:

Signing up for a VPN before Arriving in Russia

Now you know how to unblock censored content when you are in Russia. A word of caution though for visitors not from Russia. In order to enjoy the benefits of a VPN service, you’ll need to have the service already up and running before you arrive in Russia’s jurisdiction. Since many VPN services are blocked or heavily restricted in Russia, make sure you sign up for a service and have it turned on before you land on Russian soil.

See our in-depth reviews of the leading VPN services for more information on pricing and features.