The Best VPNs for DirecTV Now of 2020

What is DirecTV Now?

DirecTV Now is a streaming service owned by AT&T which allows subscribers in the U.S. to stream programming from cable TV channels without making a long-term commitment. For $35 per month, customers get access to a basic package of more than 60 channels, including all the major news channels (i.e. CNN, CNBC, Fox, MSNBC), entertainment channels (i.e. Disney Channel, Animal Planet, History, National Geographic, Food Network), and sports channels (i.e. ESPN and ESPN 2).

It costs $70/month to get access to all the channels, and an extra $5 to $8 per month for HBO, Cinemax, Showtime, and Starz add-ons. DirecTV Now can be streamed straight to your TV via Apple TV, Roku, Amazon Fire TV, Android TV, or Chromecast, and to iOS and Android mobile devices.

Can I watch DirecTV Now outside the US?

Only people—or more accurately, servers—located in the United States can access DirecTV Now. Fortunately, a VPN, or virtual private network, provides people outside the U.S. with a way around this. No matter where you are in the world, simply log on to a VPN server in the U.S. and sign up or log in to your DirecTV Now account to stream live programming from all the best American cable TV channels. 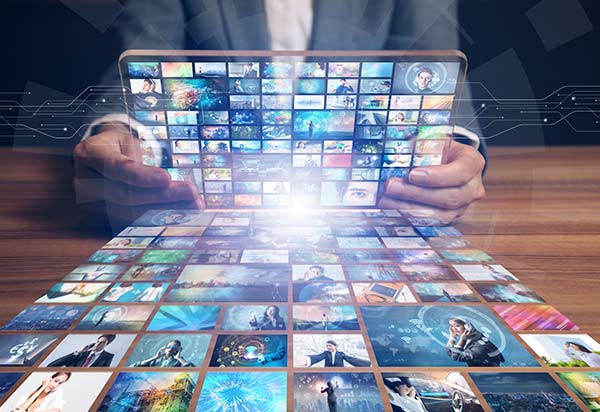 How to setup a VPN for DirecTV Now

How you setup your VPN depends on which device or browser you’ll be using to view DirecTV Now. The best VPN providers all offer detailed instructions on installation and setup. These are the basic steps:

Now that you’re connected to a server in the U.S., you can access DirecTV Now.

A Smart DNS proxy offers an alternative method of unblocking geo-restricted streaming services. A Smart DNS works by redirecting the part of your connection that reveals your location to the content provider, enabling you to access services such as DirecTV Now from outside the U.S. To use a Smart DNS proxy to access DirecTV Now, sign up for any Smart DNS service that shows DirecTV Now in its list of unblocked channels (which you should be able to find on each service’s website).

Breakdown of the 5 best VPNs for unblocking DirecTV Now

ExpressVPN’s reputation is built on a solid foundation of performance, speed, privacy, and customer service. When it comes to streaming DirectTV, the company offers both the server count and extra features necessary to watch without interruptions. The built-in speed test, for instance, allows you to find the fastest server in the US, thereby providing the most seamless viewing experience.

ExpressVPN’s strict no-logging policy provides peace of mind to the most security-conscious users, while its 24/7 live chat feature means you’ll be able to contact support at all times for troubleshooting and questions about service.

Overall, ExpressVPN excels in performance and security, one of the reasons why despite its higher price it has become a perennial favorite with VPN users across the globe.

Hotspot Shield is quickly becoming the untouchable king of VPN services. With ridiculously fast speeds, an easy and clean user interface, and great security features, it’s not really surprising. Hotspot Shield also offers no ads and unlimited bandwidth, so you can stream your DirecTV Now content for as long and as often as you want without interruptions or throttling.

Hotspot Shield also has some of the best pricing plans around. You can opt for a single month plan for $12.99, but why would you want to? With a 2-year plan, you’ll only pay $5.99 a month, and with the 3-year plan, that price drops to a laughable $2.99 a month. And you can connect up to 5 devices with a single account.

NordVPN offers possibly the highest number of servers of any VPN provider in the U.S, with 1,586 and counting at time of writing. All its American servers provide high-speed streaming with a bunch of security features, including double VPN, dedicated IP, and anti-DDoS protection. NordVPN customers can log on to servers on up to 6 devices on one time, meaning you can stream multiple DirecTV Now channels on multiple devices simultaneously from anywhere in the world.

CyberGhost is a top VPN for streaming TV content, offering its customers high-speed internet connections as well as a function that connects to DirecTV Now or other streaming services with a single click. In the CyberGhost client or app, simply go to “Unblock Streaming” or “Secured Streaming,” then choose the streaming service you wish to access or add your own (such as DirecTV Now) to the list.

ZenMate promises high-speed and ultra-secure VPN connections through American servers, making it easy to stream and enjoy DirecTV Now from all over the world. It offers high-quality encryption through the AES 128 security protocol. ZenMate guarantees unlimited bandwidth and 99.9% uptime, meaning customers can stream DirecTV Now for as long as they wish without any worries about being disconnected.

We are in the midst of a television revolution, with services like DirecTV Now taking power away from the traditional networks and making content available to anyone with an internet connection. This revolution has taken place largely inside the United States, but the truth is that no internet content is truly restricted to any one country. To enjoy all the benefits of the best online streaming content from outside the United States: simply subscribe to a VPN service, log on to a US server, and start streaming DirecTV Now. It’s really that simple.