Home > Articles > How to use a vpn abroad

How to Use a VPN Abroad

When you leave home -- especially when you leave the country -- all bets are off when it comes to internet security. Whether you connect to a nearby WiFi hotspot or rely on your data plan, there's no telling who could be virtually "looking over your shoulder."

A VPN is very attractive to internet users of all types for a few key reasons. For starters, they help make sure that you always have a private and secure connection for your activities regardless of your location.

The "tunneling" aspect of a VPN allows the service to carve out a secure area for data transmission, even if the internet connection itself is inherently unsecure. VPN services can be used while traveling in other countries, which makes them ideal for both heavy business users and casual users who simply want to stream a show or access local content.

When you're away from home, you typically rely on Wi-Fi hotspots and connections from other companies to get online. The problem is there's no telling who has access to the data that streams over such connections. That's especially true about Wi-Fi networks that aren't secured with passwords.

However, even if a Wi-Fi network is protected with a password, there's no way to know who has access to it. A VPN lets you sidestep this issue by allowing you to connect to a secure, private network. It works by using the local network only as a medium. Everything you send or receive is fully encrypted. Even if someone intercepts it, they will only see gibberish. 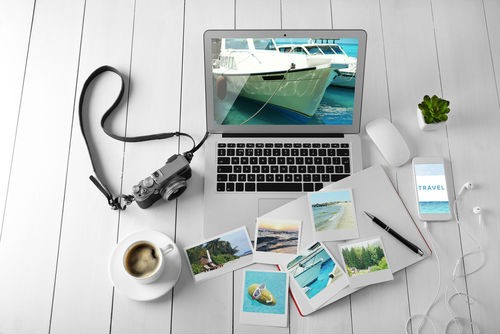 The process of using a virtual private network abroad can be separated into two categories: connecting to your VPN while you're out of the country and the types of activities that such a connection would be useful for. Many streaming video services like YouTube limit video playback to certain regions of the world.

If the content publisher has insisted that only Internet users in the United States can watch a certain video, for example, everyone else in the world would get an error message when they tried to initiate playback. These types of limitations are possible thanks to a number called an IP address, which identifies where your Internet connection is originating.

Even though you're originally from the United States, any IP address you used abroad would have a local IP address. As a result, you would be subject to those types of regional limitations whenever you tried to play back content. A VPN can help you get around those roadblocks and access the content that you're entitled to. 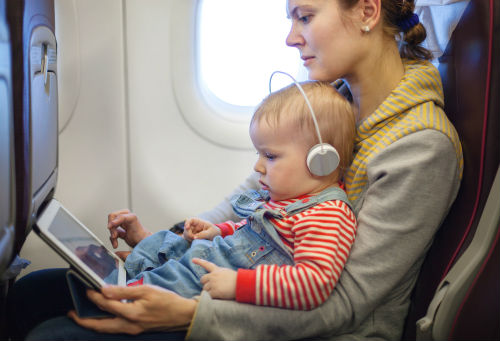 VPN and Your Security

A VPN is also a great way to make sure you're not accidentally compromising sensitive information while you travel. You will likely need to log into your online banking portal and check your bank account or credit card balances while you travel, for example.

If you do so using an unprotected network connection, you could be putting your information at risk to people in the country you're visiting. With a virtual private network, the information you send and receive over any connection will be secure and you won't have to worry about someone committing fraud or stealing your identity while you're away.

Once you sign up for a VPN service, there isn't actually any software that you need to install on your computer to use it. Instead, you will be given a username and password as well as a few pieces of identifying network information. You will then have to enter that information into the "Settings" area of your Web browser to make sure that all traffic is being routed through the VPN instead of directly over the network connection that you're using.

Even mobile devices and smartphones include built-in support for virtual private networks. Depending on your operating system, you can also enter your VPN network and access information into your wireless network settings application to route all traffic through the VPN at the system level.

Need a new VPN while you travel abroad? Check out the best VPN providers.